We drove out to Bell's rapids this afternoon. There were a lot of cars and people around the main car park areas, and a decent amount of water in the river. We decided to do the 'long walk' but the signage is not very good up there, so I think we may not have done the whole 'long walk'.

There was a lot of climbing and descending so we decided to let Bender go off leash, and he was a really good boy! He waited for us when I asked him to, and he came back when he was called. He met a very pretty young ridgeback girl who he flirted with for a while, but they were both unfamiliar with the rocky uneven terrain and I was worried Bender would hurt himself! He lied down when he was tired, and we continued on our way. 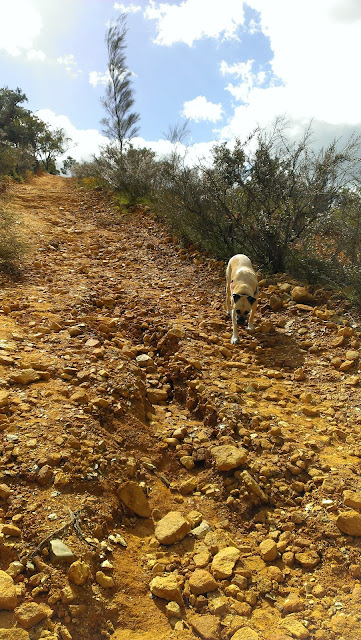 On the way over the narrow bridge, two small children squealed in delight when they saw Barbie, placed their hands on her back and ran along with her as we crossed the bridge. I don't understand what it is, but all the kids who meet Barbie seem to want to run along side her with their hands on her back. Does anyone else's greyhound get that response almost universally from small children? Barbie doesn't seem to mind, but I don't get it? Maybe it is because she is tall? They don't try to do it to Bender, if they did he would probably stop, turn around and lick them in the face. 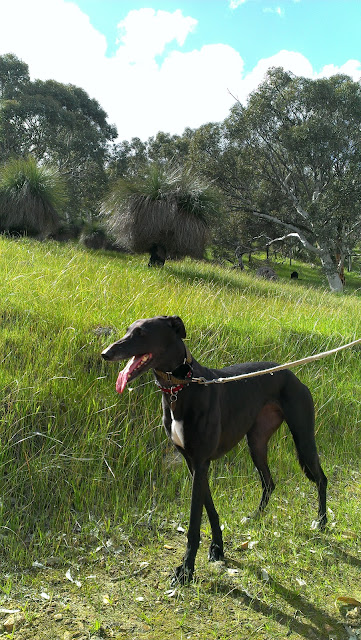 Barbie did really well with the rocky landscape, though it was clear that it was tough on her feet and she was getting a bit hot and bothered. She decided it was time for a rest and found a nice grassy, shady spot to curl up in. 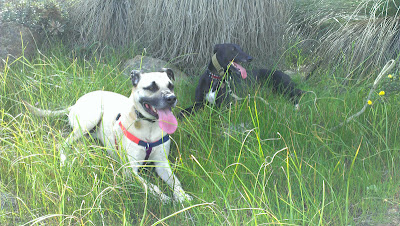 Bender joined her momentarily, but she was ready to go again after a few minutes. She got up and started dragging me back down the hill. There were a couple of points where she was going faster downhill than I could, four leg drive and all, so I let her leash go. She didn't do anything naughty, just continued along the trail until I could catch up. 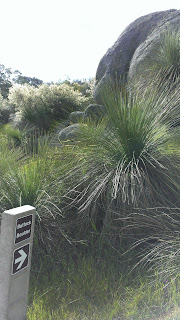 We also came across a rock called 'Buttock Boulder' - you can see why from the picture. This was a butt the dogs were not that interested in sniffing. 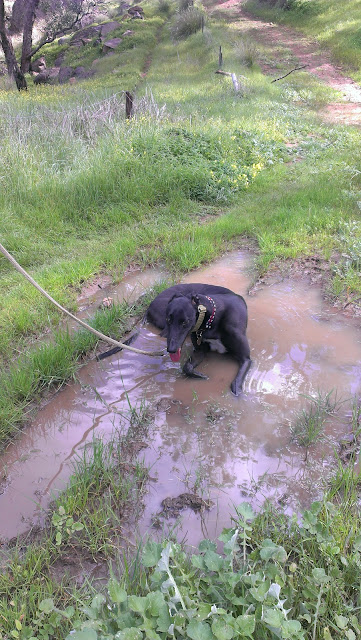 There was a muddy puddle on the trail, which the dogs both decided would be good for a drink. Then Barbie decided she wanted to have a mud bath! 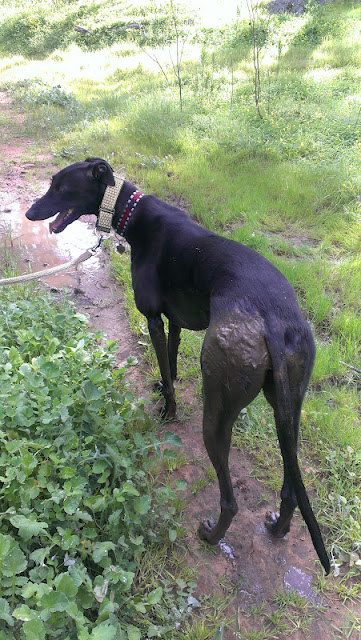 Everyone we came across on the trail after that said "eeeeew YUK". When we finally got back down to the river proper, I made Barbie stand in the water while I rinsed her muddy butt and tail. There was no way she was bringing all that stinky mud into the car! 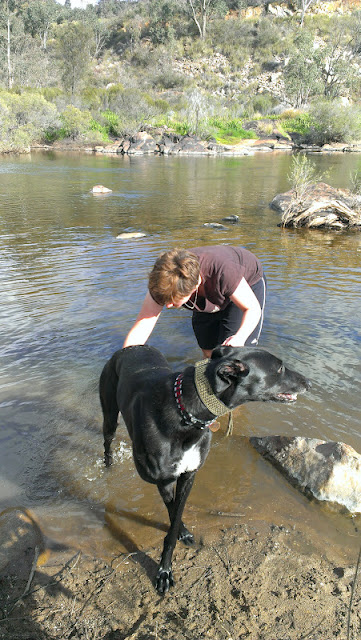