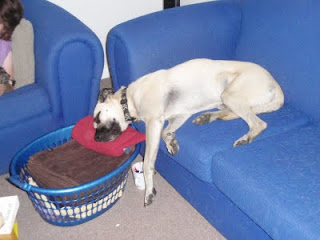 Dogs in the Old Country.... 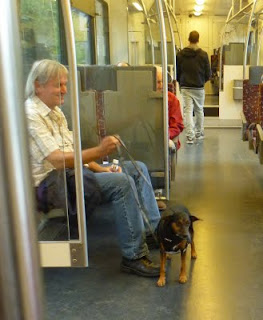 A happy dog on a train
As some of you know, I have done a bit of travelling around Europe recently. Dogs have very different lives in cities here than they do at home. People live in smaller houses, and the dogs don't have wide expanses of green to romp in. However, dogs are more a part of everyday life. They are allowed into shops, restaurants, bars and on to trains and trams.

I envy some of it. I mean, I have often said the only reason I like to have a car is to transport the pets, either for recreation or emergency reasons. It would be awesome to just be able to walk onto a train with the dogs (or cats).

But there's another side to it. A lot of dogs that I have seen, particularly the smaller ones, are very defensive. They are widely ignored, and if you try to talk to them they are likely to freak out. I have seen more than a few dogs who are totally overloaded and overwhelmed by their environment on crowded trains. 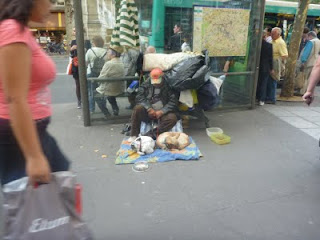 In Paris, I also noticed that there are guys who beg on the streets who often have 2 or 3 big dogs with them on a chain. N said that if she was homeless she would like to have a dog, for protection and for companionship.

In Switzerland dogs seem less overloaded and harassed. It helps that most of them are physically bigger, and hence less likely to be trodden on by the hordes. I saw a Golden Retriever in Zurich being put in a sit/stay in front of a busy street. There were roadworks going on and the church bell was ringing. The lady also had a small child. She told the child to stand by the dog. It was so cute watching them stay there as the mother went to pay for parking, or whatever it was she was doing. She was only gone for a couple of minutes but it was like she told the dog to stay, and the dog got the child to stay! 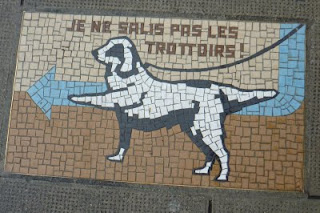 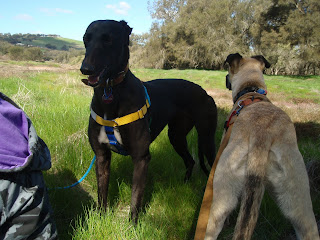 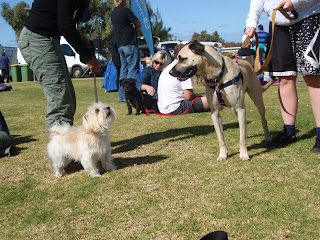 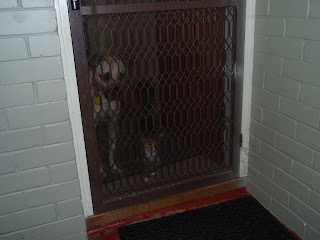